Did you know that women perform over half the world’s work yet only earn 10% of the world’s income? I feel it is difficult today for many women to maintain balance as they try to juggle their families, work and home life. I’m not sure whether it is society or a deep maternal instinct inside that makes me feel like keeping the home good is quite a lot of my responsibility. Luckily I have a partner who works with me as a team whilst we juggle our two businesses as well.

I have been lucky to come across some amazing and inspiring women mainly through networking and although these women aren’t on the top 10 rich list, they run successful businesses and juggle them with all their other responsibilities and commitments. I thought I would just mention two particular women that come to mind right now. 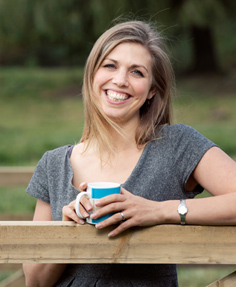 Fiona Humberstone
Fiona owns and runs Flourish Studios in Guildford as well as Printing.com. She is a marketing expert who runs two successful businesses, writes books and blogs on marketing, runs courses and networking events whilst juggling family life with her two children. What an inspiration!

S.D. Yohans
From an early age, Selam D Yohans knew she wanted to follow in her father’s footsteps and become a footwear designer. She grew up watching her father make bespoke men’s, women’s and children’s shoes. The British-Eritrean design talent launched her eponymous luxury footwear label fresh out of the reputed London College of Fashion’s Cordwainers College, where she completed a Bachelor of Arts and Master’s degrees.

In between her degrees, she worked for the Italian firm Pitti Capital, collaborated with British footwear label Churches, and freelanced for various clients, gaining valuable experience in the luxury footwear industry. With her family’s uncompromisingly solid support, and her strong personal work ethic, Yohans financed her Masters’ degree by working in banking as an accounts and branch manager. (Taken from http://www.sdyohans.co.uk/about.php)
To see Selam’s creations visit http://her site.

Whether you want to set up your own business or whether you want to take control of your finances,this site learnvest.com/ is useful. Also the Co-operative have a strong women’s network as well as lots of other useful info about community initiatives.